Originally from North Providence, Rhode Island, Dr. Gelsomino received an undergraduate degree in 2005 from North Carolina State University. Dr. Gelsomino originally joined the staff at West Shore Animal Clinic in 2006 as a receptionist working alongside her sister Meghan. After a couple of years as a technician, she too found her true calling as a veterinarian and went to Veterinary school.

Dr. Gelsomino obtained her DVM from St. George's University, School of Veterinary Medicine in 2012. She completed her internship at Ocean State Veterinary Specialists 2013 and completed her circle by returning to us at West Shore in 2013.

Dr. Gelsomino currently lives in Cranston with her husband Ed, their daughters, Charlotte and Layna, a bearded dragon Bowser and her cats Kira, Toby, Leo, and Una. Professionally, Dr. Gelsomino has a special interest in surgery. When not at the office, Dr. Gelsomino can be found hiking, kayaking, and wine tasting- sometimes with Leo in tow. 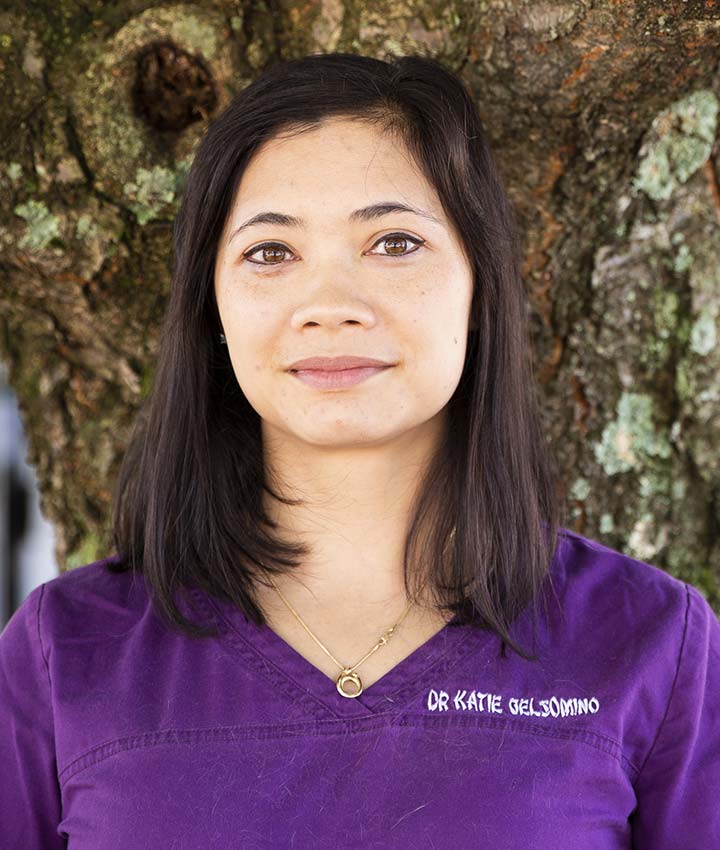